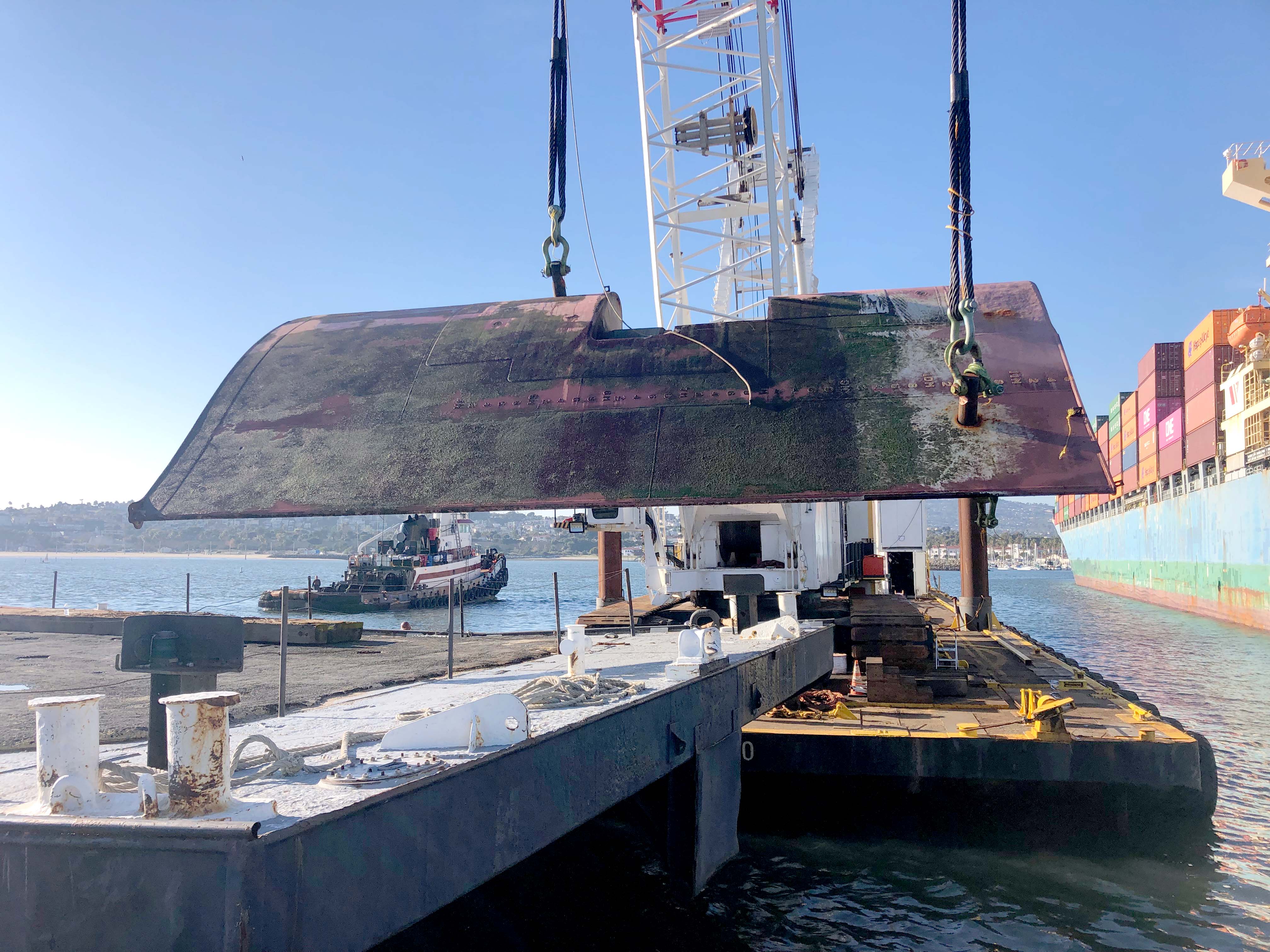 The current backlog of vessels scheduled to discharge cargo in the Port of LA and Long Beach produces a highly congested anchorage.  When a vessel loses its ability to steer, these conditions bring a difficult situation to an already challenging environment.  Our client reached out to us to assist with exactly that kind of problem.

Their 5000+ TEU container vessel has working steering gear actuators; however, the vessel’s rudder was not responding. The vessel’s technical department speculated that either the rudder stock had dropped off the hydraulic tapper, or the stock had broken in the neck bushing, but both scenarios seemed unlikely.  Drifting south, 100 miles offshore with no rudder, the ship’s crew was able to access the rudder stock trunk and drop a video camera through an inspection port, and video the top of the rudder where the stock was mounted to the blade. The mystery of why the rudder was not responding became clear.  To the surprise of the crew, the rudder stock had failed - severed at the stock’s taper. This caused the rudder to drop approximately half a meter, perched on the lower pintail gudgeon, tilting aft some 15 degrees.

Dry-dock options were considered but these would have involved a tow from Long Beach, California, to Vancouver, British Colombia with the risk of possibly losing the rudder at sea.  In addition, there was the issue of where to unload the cargo. Presenting a credible alternative, SGS was able to reassure the vessel owners and underwriters that we had the experience necessary to plan and project-manage a cost-effective and safe operation as a permanent DNV class repair, having performed many rudder removals afloat.  This underwater inspection and repair solution, combines in-water removal, repair ashore, and rudder reinstallation afloat.

That said, this 110 ton (mt) rudder would be the largest done afloat to date!  For its removal, two barge cranes would be needed - in this case, one with a 180mt lifting capacity and the other 280mt.  By facing each other, it would allow the transport barge to fit in between.

Specialist rigging plans were defined, utilizing 150mt rated rigging shackles on four points of the rudder blade and keeping the rudder submerged during positioning to reduce risks and take advantage of its reduced displacement weight (66mt) when fully immersed underwater.  The 280mt crane was able to swing the rudder outboard, with our divers connecting the lower rigging points to the second crane.

With both cranes now connected whilst still submerged and using diver spotters at a safe standoff, the rudder was first tilted horizontally, then lifted vertically towards the surface.  Once in ready position, with divers clear, the rudder blade was tipped flat and slowly raised above the water using both cranes, just high enough for the tugboat captain to safely slot the transport barge underneath.  The rudder blade was lowered on pre-positioned dunnage and transported to our SGS pier-side yard in Long Beach where a land-based crane took it ashore for repair.

Are you in a similar situation and in need of service, contact us today! 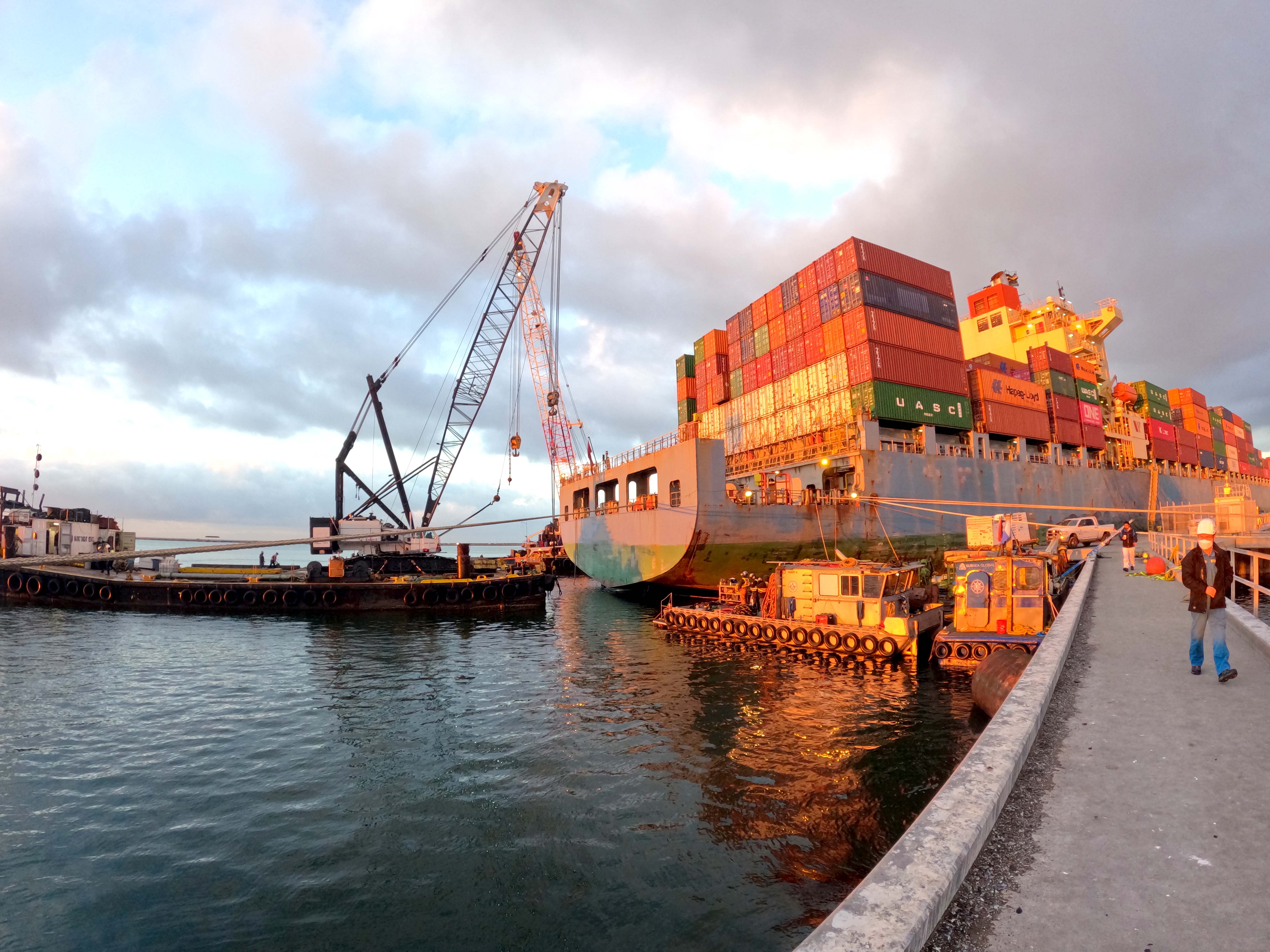 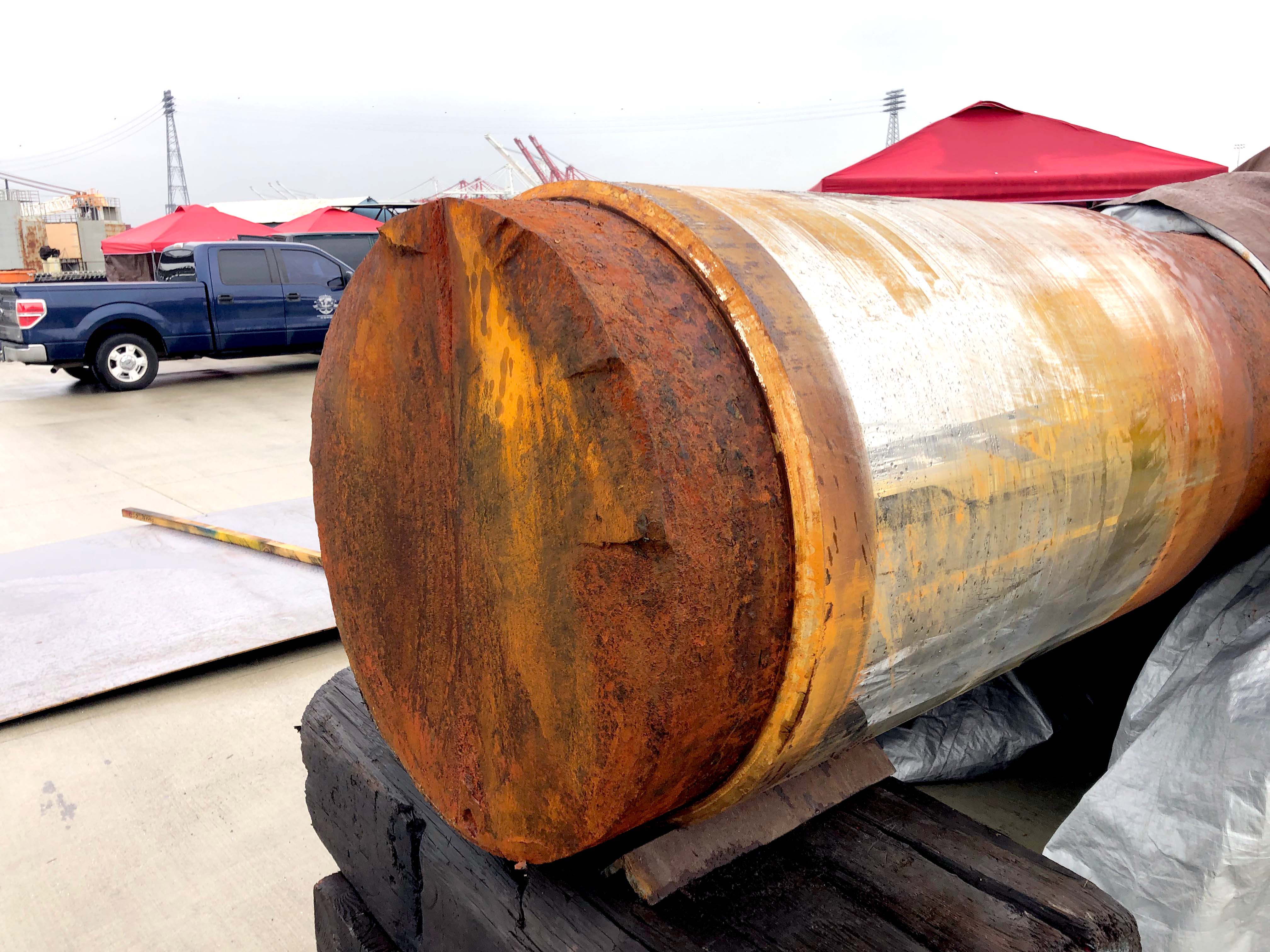